Old and new: closely together

Berlin has changed over the centuries. A lot of change came after WWII. A lot of houses were destroyed and it took decades to rebuild houses.

Another huge construction boom happened after the German Reunification in 1990. And so you see – in some parts of Berlin – a wild mixture of very old houses, houses built in the 1960s and 1970s and modern buildings.

The photo on the right was taken at Joachimsthaler Straße near Zoologischer Garten. My guess is, that the house in the front was built around 1900. The skyscraper behind it is the Berlin-Upper West. It is 119 meters high and has 33 floors. It was completed in 2017.

Another picture that illustrates the different building styles is the one at the top. You see the Berlin-Upper West on the left and the Berlin Waldorf Astoria Hotel in the middle. It opened on January 3, 2013, and is the first Waldorf Astoria branded hotel in Germany.

On the right side you see the damaged spire of “Kaiser-Wilhelm-Gedächntis-Kirche”. The church opened in September 1895. During the night of 22. November 1943 the church burnt down and was partly destroyed. The spire once was 113 meters high, today it is 71 meters. The church was not torn down or rebuild to keep it as a memorial. 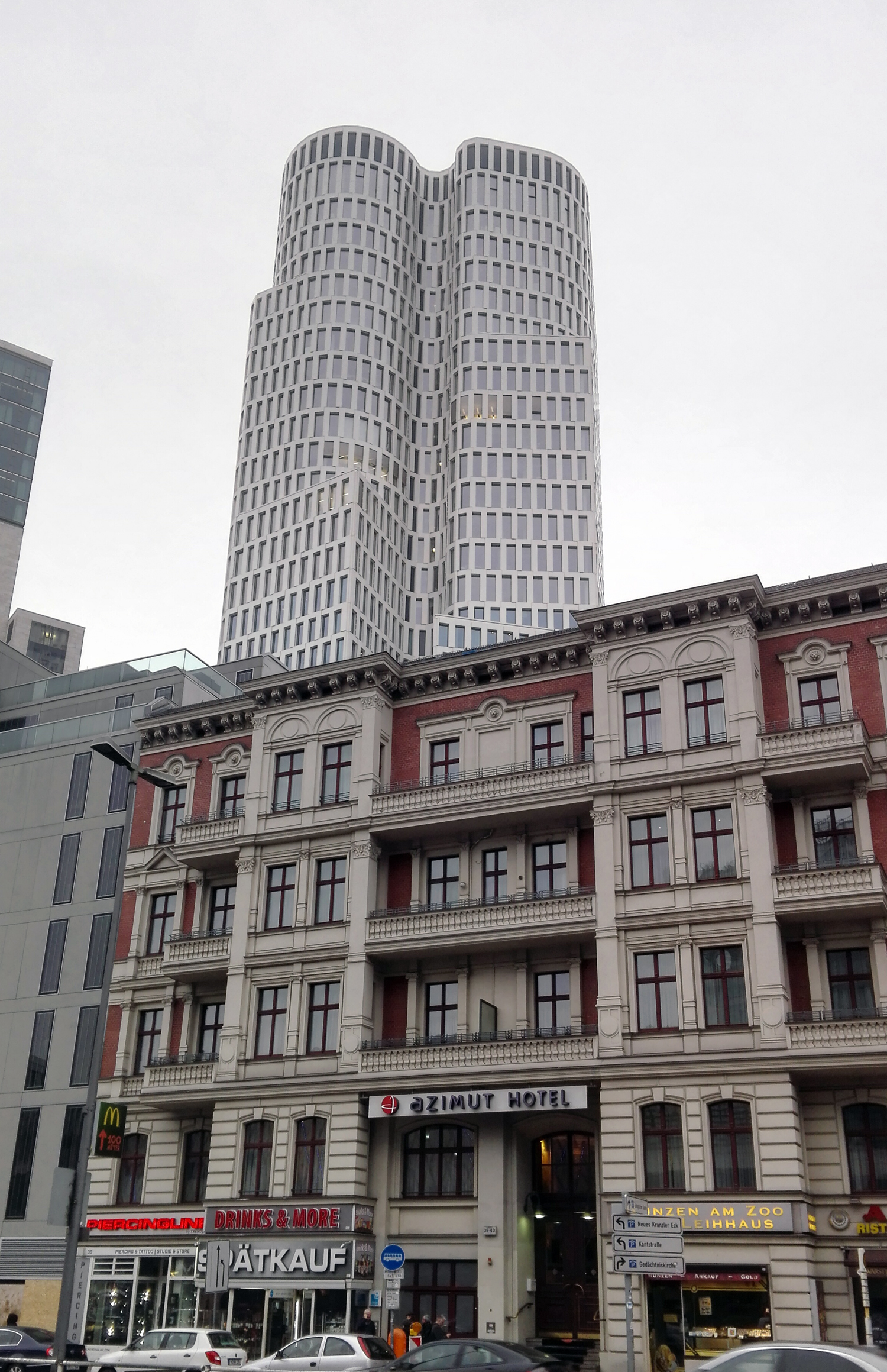